Attorney Joseph Tsang explains more in the video below.

N
Does not have to go through consulate visa application processing;
N
Immediate results (good or bad);

N
Threat of being turned around;
N
Interrogation by CBP officers;
7

Step 1: Proving eligibility of status as a returning lawful permanent resident by filing Form DS-117 attending interview at the U.S. Embassy or Consulate

This step consists of demonstrating that you stayed abroad for an extended period of time due to circumstances that were outside of your control, and that you had no intention of abandoning your permanent residence..

This consists of the following:

Step 2: Once you have secured status as a returning lawful permanent resident, you must begin process to obtain an SB-1 VISA

Specific instructions will vary depending on the country/consulate, however, in general, it consists of the following:

Step 3: Upon meeting all requisites, you will be issued a new I-551 and you can prepare to re-enter the U.S.

Upon re-entry the CBP officer still has the discretion to deny your entry, ensure that you have all evidence showing your re-entry/SB-1 visa was approved and that all your travel documents are up to date.

You can access the DS-260 from the Consular Electronic Application Center (CEAC) website, by going to Immigrant Visas.state.gov and clicking on “Submit Visa Application and Civil Documents,” or on the website of the U.S. embassy or consulate where you will apply. You may wish to preview a sample DS-260 before beginning.

At the border, a CBP officer still has the discretion to prohibit your U.S. entry. You should still prepare and have the supporting documents at hand.
CBP Search Authority (https://www.cbp.gov/travel/cbp-search-authority)

You may contact and inform CBP about you flight and U.S. entry.

You may file I-131A with USCIS. The document will be single use and valid no more than 30 days, and it is not a guarantee of admission or entry into the United States. CBP will carry out all required procedures upon the person’s arrival.

Prepare for an interview at the border, where a CBP officer has the discretion to question and prohibit a LPR U.S. entry and offer voluntary abandonment.

When entering a U.S. port, you must answer all questions truthfully. You may also be subject to a secondary examination upon arrival to the U.S. (https://www.cbp.gov/travel/cbp-search-authority)
7

Absence of Less than One Year

Residency may be deemed abandoned where person lives and works abroad but visits U.S. every year. Singh v. Reno – Lived abroad to be with wife and child while awaiting priority date, but returned to U.S. and worked during summers; Alvarez v. District Director. But see Saxbe v.Bustos – LPR has the privilege of living abroad.
Absence of More Than One Year
8 CFR 211.1(a)(2), if LPR remains outside U.S. for more than one year, the regulations require invalidation of this green card, but DHS takes the position that residency also has been abandoned. Diosa-ortiz v. Ashcroft – LPR who left the U.S. under the mistaken believe that a “notice to deliver alien” was a final order of deportation, abandoned his residency when he did not return for more than a year. The sixth Circuit has found that in removal proceedings the burden is on the government by “clear, unequivocal, and convincing” evidence and not just clear and convincing evidence [INA 240(c)(3)(A)] for providing Page 1502 inadmissibility [INA
240(c)(2)(A)] when considering a returning resident accused of abandonment. Ward v. Holder – the Woodby standard is applicable and “clear, unequivocal and convincing” is a higher standard than clear and convincing.
9 FAM 502.7-2 (C) (U), LPR individuals who are unable to return to the United States within the travel validity of their Form I-551 or Re-entry Permit, may apply at a U.S. Embassy or Consulate for a special immigrant Returning Resident (SB-1) visa.
COVID TIME
CBP Liaison Meeting (Los Angeles) – November 18, 2020
Returning LPRs must present the required documents for entry pursuant to 8 CFR 211.1. Per regulations, LPRs who have been out of the county for more than a year and less than two are required to present a reentry permit (Form I-1327) when seeking admission. CBP LAX does consider the totality of the circumstances when processing LPRs who have been out of the country for more than one year.
Note that those who have been out of the country for more than 2 years need to present SB-1 visa to enter as a returning LPR.
CBP Liaison Meeting (Miami) – September 4, 2020
CBP is currently following the same laws and policies that existed before COVID-19 regarding the processing of LPRs. There have not been any new laws, regulations, policies, etc. with respect to LPR processing since the onset of COVID-19. Therefore, LPRs who are outside of the U.S. for more than 6 months will be considered to be “seeking an admission” under section 101(a)(13)(C) of the Immigration and Nationality Act. However, CBP is aware of potential COVID-related barriers to travel encountered by LPRs who remain outside the country, and CBP will analyze each case in accordance with its particular facts.
Questions of potential abandonment of residency do not usually arise until the LPR has been outside of the U.S. for more than 1 year. A LPR and conditional resident (CR) who has remained outside the U.S. for longer than 1 year, or beyond the validity period of re-entry permit, will require a new immigrant visa to enter the U.S. and resume permanent residence. A provision exists under U.S. visa law for the issuance of a returning resident special immigrant visa (SB-1) to an LPR who remained outside the U.S. due to circumstances beyond his/her control.

You may try for a CBP entry and/or an SB-1 with evidence existence of strong U.S. ties, and circumstances outside of control. If CBP and SB-1 both do not work then the only option is to file an I-130 or I-140 and wait until the priority date becomes current, if necessary.

How difficult is to apply for an SB-1 visa?

An SB-1 is easier to apply than an immigrant visa. Nonetheless, you will still need to appear at the embassy to make your case and explain why your extended absence should not be considered abandonment.

What happens if my SB-1 visa is denied?

Generally, if consular officer determines that you do not qualify for a SB-1 visa, then you would need to obtain a new immigrant visa.
You may also apply for a nonimmigrant visa. However, it would be extremely
difficult to obtain after an SB-1 is denied, because you need to prove that you have no
immigrant intent.

How long does it take to get a SB-1 visa?

The SB-1 visa processing time depends on the specific U.S. embassy or consulate where you are applying. You can generally assume at least a three to six month wait time, which does not take into consideration the ongoing pandemic.

Clients need solutions and work done fast. Tsang & Associates is one of the few immigration law firms that can significantly cut down the waiting time for a USCIS biometrics appointment. In case the clients decide to depart the U.S. after their expedited biometrics appointments, we further make sure they receive their travel documents abroad. 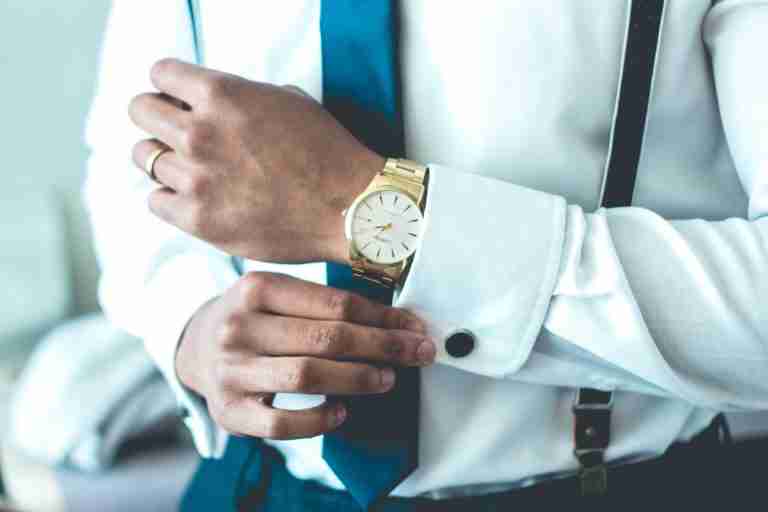 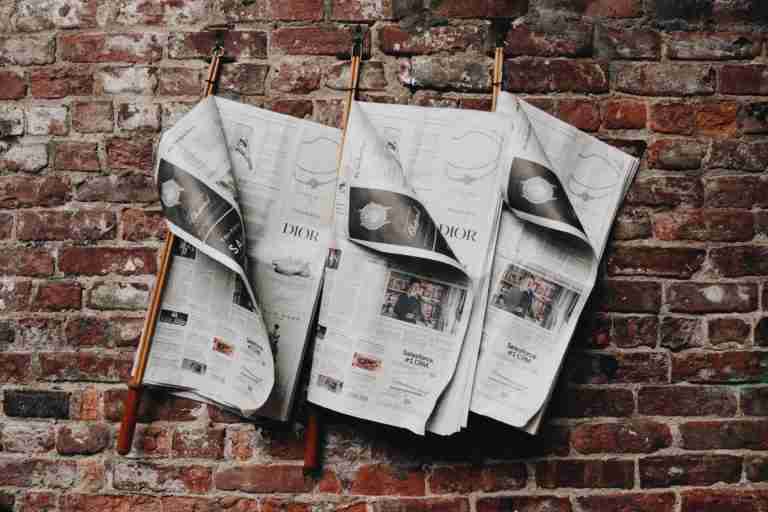 OUR SUCCESS STORIES FROM CLIENTS

Tsang and Associates have been a part of many success stories. We are proud to come alongside our clients to help them reenter the U.S. Therefore at this time, please take a look at one of our proud success stories – Mr. Hans Becker, who had an expired green card with no U.S. ties, successfully used our entry service to return to the U.S. and ultimately fulfilled his dream of becoming a baker in the U.S.

WHAT OTHERS ARE SAYING ABOUT US

Joseph and the whole team at Tsang & Associates are the best. I would've never thought a law firm would have such an inviting atmosphere and the most friendly and helpful staff.

I was hired to produce and film a few videos for the firm over a period of a few months. As I worked with Joseph and the team, I saw how much clients loved being in their office and how the team would bring exact solutions to their problems. From the delicious coffee and teas, to their professional, helpful, and easy to understand law advices, they have it all covered!

Best of all, because I too am filing hundreds of pages of immigration documents for my wife, I needed some guidance. Joseph was more than willing to help with free consultations! He reassured us in the process and definitely eased our minds in this important legal matter.

Seriously don't hesitate to give them a call. They are professional, knowledgeable, and most importantly they are passionate about helping people!

A friend referred me to Tsang and Associates because I heard you could withdraw 401k without penalty during Covid-19. I wanted more guidance about this especially because I am trying to buy a house in the next 1-2 years. I was able to speak with Joseph and he advised me on this new policy and helped me plan out what steps to take to in order to make this possible. He also gave me sound financial advice on my plan to purchase a house. He even let me know what to expect in the next few years in terms of taxes. The best part is, all of this was done free of charge! Thank you!!

I had the privilege of interning in the office to learn more about immigration law. I was deeply impressed by the attention to detail and care that was taken with each case. The whole process was done thoroughly and my supervisor, Joseph, was accessible and responsive to his client's needs and questions. It was an invaluable experience to see what a well run immigration firm looks like that cares about its clients and does excellent work. Highly recommend their services!

I needed an immigration law firm to help me renew my green card. And I've found this firm nearby. I was amazed on how pretty the reception area is!
Jospeh explained the green card renewal process clearly and easy for me to understand. He also gave me a lot of advice on future immigration process. The overall experience is awesome! Highly recommended!